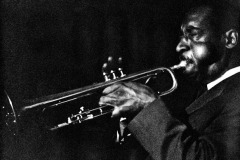 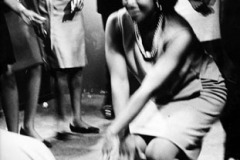 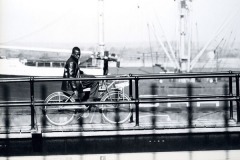 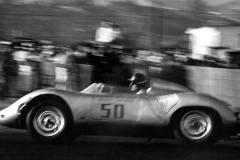 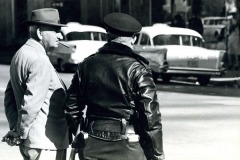 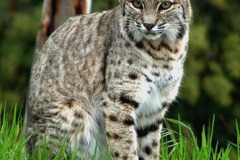 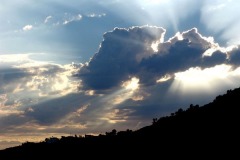 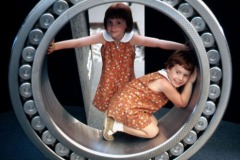 While a student at the Institute of Design in Chicago in 1955, Peter Pearce participated in a class taught by the great art photographer Harry Callahan. It was then that Pearce began to have a technical and an aesthetic understanding of photography.

Although Pearce had enormous respect for the work of such icons as Edward Weston and Ansel Adams, he was especially excited by the work of Henri Cartier-Bresson. The use of the relatively small format 35mm camera as a tool to capture the “decisive moment,” in the words of Cartier-Bresson, was a compelling notion. It is this spirit of capturing the moment that became Pearce’s primary vision in his own pursuit of photography as an art medium.

While on the faculty at California State University at Northridge in Southern California (1961-65), Pearce designed and taught an introductory course in photography. During this period his work in photography was primarily in black and white. Of course, as Pearce’s work history as a designer shows, his interest in photography, although serious, was not the main focus of his career. Photography, as a tool of documentation, is a very important aspect of Pearce’s design work. He has been the primary photographic documentarian of his work up to and including the present time. Pearce has been responsible for approximately 95% of the photographs on his website.

The photographs shown in this presentation include black and white images taken in the late 1950s and early 1960s. The later photographs are color, and in recent years, photographic film has given way entirely to digital imaging. All of the images shown are in the spirit of the decisive moment, even though the subject material varies significantly and surprisingly. The common thread through all of these photographs is to capture an experiential moment in time. Mr. Pearce hopes that you will appreciate and enjoy at least some of these photographs.